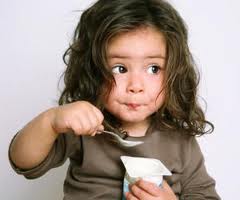 The Vatican grabbed headlines last week, frustrating the efforts of US bishops to keep Catholic lawsuits about contraception in the spotlight.  Both news stories offer a small window into how difficult it is for religions to change.  Some religious groups like the Amish resist all change, moral and technological, while others like the Society of Saint John the Evangelist were founded to be “men of the moment,” present to modern day hurts and needs just as Jesus was in his day.

Religious attitudes towards procreation have consequences that ripple through societies in all directions.  I’d hazard a guess that for most of religious history, enhancing population would have been advantageous either for the human species in general or for certain religious groups specifically.  The medieval era saw population decimating epidemics and low childhood survival rates.  Similarly, in sparsely populated agrarian settings, increasing population would have been advantageous regardless of religious considerations.  Always a minority, Jews are one religious group that has a long history of promoting procreation, especially following the holocaust.  But on an overpopulated planet struggling to feed the inhabitants it already has, what is the ethical stand on contraception and reproductive rights?

One-time Republican presidential nomination hopeful Rick Santorum, with a straight face, told Chris Wallace he doesn’t give to charity because his children are too expensive.  He happens to be Catholic, he believes birth control is morally wrong, and his wife gave birth to their eighth child at age 48.  Tragically, the child is afflicted by a serious genetic disorder for which the risk rises with maternal age.  The bible talks a lot more about helping the poor than procreating, but Santorum clearly bought into the American Catholic priority on procreation, despite the risks.  What would our country look like if a majority followed Santorum’s example?  I shudder to imagine.

This brings a significant question into focus.  How do religious communities discern the difference between timeless values that merit preservation and manifestations of those values that change with changing societal conditions?  Jesus was clearly concerned with feeding the hungry and healing the sick.  How do those values translate into action in a society where the biggest health risk to the poor is obesity?  Surely it looks different than in biblical times, and surely addressing food stability for those who are already alive is no less imperative.  Blithely stating one is “for life” is gratuitous without addressing the poor who already happen to be alive.

My last post pondered invitations for transformation, and as a country, it seems that the healthcare reform discussion offers such an invitation.  Historical Jesus scholar John Dominic Crossan boils Jesus’ ministry down to two radical elements—free healing and open table.  With that religious foundation, it’s hard to understand why the American Christian voice for healing is not louder.

Join the conversation.  What attitudes embodied a timeless truth in a bygone era and should manifest differently in current conditions?