The last post explored the political, cultural and religious threads woven into the fabric of Christmas, but it did not contemplate spirituality.  How do we find spiritual meaning in the Christmas season?  Of all the threads, the spiritual one is the oldest, most diverse and perhaps the strongest.

The Talmud is a compilation of Judaism’s Oral Law first written around 200 CE.  It describes two pagan festivals celebrated 8 days before and 8 days after the winter solstice.  The Talmud asserts the pagan festivals originated in a story about Adam, wherein he feared that the shortening days signaled a descent back into the chaos before creation as a punishment for his sins.  He fasted in repentance for 8 days and then noticed the days getting longer, whereupon he celebrated for 8 days.  The story reflects something in the human spirit that yearns for longer days, a new season and the promise of redemption.  It reflects the nature of the human soul to wait and to hope.

Christmas as we know it inherited traditions from many cultures.  Some of them existed centuries before Christ, and some seem like traditions that Jesus would endorse.  For example, Saturnalia’s week-long role reversal of masters and slaves seems like an appropriate way to honor the one who said, “Whoever wishes to be great among you must be your servant, and whoever wishes to be first among you must be your slave,” and “The Son of Man came not to be served but to serve, and to give his life a ransom for many.”  (Mt 20:26-28)  Other traditions incite excessive consumption and debauchery.  I cannot find a spiritual thread connecting those indulgent traditions to the humility of Christ, and yet they persist to this day.  It’s ironic that the tradition of role reversal, meanwhile, has died.

I have heard the observance of Christmas attributed to Constantine, the Roman emperor who converted to Christianity and proclaimed religious tolerance throughout the empire.  While that would be consistent with the Roman pattern of assimilating peoples’ indigenous practices and making them Roman, it does not agree with history.  The Eastern Roman Empire celebrated Epiphany, and when a bishop said the Christmas feast, it was included on the Epiphany.  It was during the century of Constantine’s rule, however, that theologians attached Jesus’ birth to the winter solstice.  This choice may have been influenced more by religious symbolism than by pagan practice.  Scripture quotes John the Baptist in regard to Jesus’ budding ministry saying, “He must increase, but I must decrease.”  (Jn 3:30)  That is the 2nd century rationale for aligning Jesus’ birthday to the winter solstice symbolizing his growing ministry and John’s to the summer solstice symbolizing the fulfillment of his.

All the traditions Christmas inherited—those that seem aligned to Jesus’ teaching and those that seem to have no place—have something in common.  They exhibit the human capacity for hope.  A farmer waiting for the first sprouts to bud in spring, a pregnant woman waiting to hold her infant, a sinner hoping to be saved from the net of his own making—they are all utterly human.  As you exist in all the tensions and contradictions tangled up in Christmas, reach for the hope that connects us through it all.

Join the conversation.  What does your soul hope and wait for this Christmas season?

How Christian is Christmas?  The celebration of Jesus’ birth finds no biblical basis, and the bible’s account of the birth suggests a different time of year entirely.  How did Christmas come to be the single most observed Christian holiday?  The story has ancient political, cultural, and religious threads.

Human celebration of the winter solstice is as old as history itself.  Many ancient cultures observed the day when days get longer as a time of waiting and hoping.  Saturnalia is perhaps the best known of these ancient pagan celebrations.  It is said to have been instituted by Roman authorities to lift morale after a crushing military defeat by Carthaginians in 217 BCE.  Nominally, it honored Saturn, god of agriculture and harvests, and coincided with the winter solstice to signal hope for the coming growing season.  The Romans were clever coopt-ers, though.  They assimilated conquered people in part by integrating indigenous customs into Roman customs.  The Roman mantle provided cover for some practical measure of cultural freedom and thus preempted (or at least masked) overt defiance.  Hence, Saturnalia in all likelihood represented different cultural themes to different people in different parts of the empire.

The most noted Saturnalia practices were the reversal of master and slave roles, the exchange of gifts, and indulgences normally prohibited by morals and manners.  Other pagan solstice traditions included Yule logs (Scandinavian), decorative greenery (Roman) and mistletoe (Celtic).  Saturnalia grew in length as it grew in popularity over 200 years, and efforts to shorten the festival first to 3 days by Augustus and then to 5 days by Caligula provoked outrage and unrest.  In Saturnalia, the threads of political authority and popular culture were woven into tension.

The religious thread takes another 300 years to develop.  During the 2nd and 3rd centuries CE, theologians debated the date of Jesus’ birth, the appropriateness of celebrating his birthday, and the appropriateness celebrating anyone’s birthday at all.  The Eastern Roman Empire celebrated Jesus’ baptism, the Epiphany, on January 6th, while in Egypt, there was a growing interest in the nativity, particularly the visit by the magi.   Depending on the bishop, the Christmas feast either was or was not celebrated on the Epiphany during those centuries.  Even as observance of the forty days of Christmas and Advent began developing in the Middle Ages, Saturnalia traditions were attached to it.

Ultimately, it was the political thread that firmly affixed Christmas to December 25th.  Charlemagne was crowned Emperor on December 25th, declared Christmas Day, in 800 AD, and almost immediately Christmas became a coronation tradition and a court fashion.  Protestant reformers condemned the excess of Christmas celebrations, going so far as to ban Christmas in England in 1647.  As in earlier millennia, the prohibition incited unrest.  Pro-Christmas rioters seized Canterbury for several weeks, decorated doorways with holly and sang carols in protest.  Christmas remained banned until 1660 in England and until 1681 in Puritan Boston, where celebrating was frowned upon until it became a recognized holiday only in the mid-19th century.

Here we see that Christmas has always sparked controversy.  If you feel pulled into tension between excessive indulgence and the abject humility of the Christ child, then you are in the company of many through history going back to the very origin of Christmas.

Join the conversation.  What tension does anticipation of Christmas ignite in you? 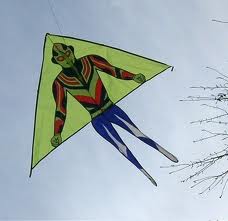 The holidays are a time for family togetherness and joy.  Few families enjoy that ideal, however, without some effort.  Those who struggle with strained relationships may feel particular sadness, grief or disappointment in the state of their relationships.  The holidays are a time many ask themselves:  Is there more I could or should do to heal past hurts or to ease family stress?

Families are a peculiar phenomenon.  Earlier this week a circumspect friend was sharing her feelings about attending church across different life stages, and we got into a discussion about what it means to be “spiritual but not religious.”  To my mind, there is a common thread weaving through the fabric of both family and faith community.  The common thread is people do feel a yearning to connect, but past experiences can present obstacles, and sometimes people give up and look for connections elsewhere.

The analogy I use is a professionally trained a musician who plays the piccolo or viola or kettle drums—not a solo instrument.  He devotes thousands of hours of disciplined practice to master the instrument, and to what end?  The goal is not to perform alone.  The goal is to perform as a body, as an orchestra.  When a hundred individuals who are passionate about their art gather and share that passion together, something magical happens.  Think about it: how many times in the past week have you been among a hundred highly skilled individuals completely absorbed in something they feel passionately about?  It is an extraordinary phenomenon.  What happens when the musician feels this adagio is too crisp or that movement gets a little repetitive or one arrangement isn’t as good as another?  Does he go looking for an orchestra elsewhere?  Does the musician play because he likes every little detail of every program?  No, he plays to experience the magic of it.  He rises above any disagreement of this or that detail to experience the thrill of the symphonic phenomenon.

No doubt, there is much to criticize in any religion, institution or family.  They are all of human making, after all.  We have a few players in my family who are chronically out of tune.  But like musicians, we don’t have to have the same opinions, personality or style to appreciate the mystery of family.  We don’t have to approve of every church policy or like every piece of liturgy to appreciate the mystery of corporate worship.  Expecting everyone in a congregation or a family to share the same preferences or ideas is like expecting every musician in the symphony to play the same instrument.  It is precisely because of our differences and the tensions between us that coming together is such a powerful spiritual phenomenon.

I want to leave with you the thought that tension is vital because it connects us.  Tension is often what holds things together, or at least what makes things interesting.  When you fly a kite, it’s the tension on the string that keeps it aloft.  Have you heard the expression “pushing a rope?”  No tension indicates no useful connection.  As you wade into Advent as a season of waiting, introspection and hope, be attuned to the tension.  Changing circumstances, such as the youngest child leaving home, may cause some tensions to dissipate but create opportunities for empty nesters to draw each other into new tensions.  As you exist in the tension, feel where connections are tense and where they are loose.

Join the conversation.  Where are tensions robust and where are connections loose in your relationship with God?