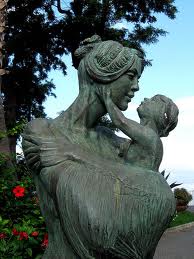 Archbishop of Canterbury Rowan Williams asserts many Christians tragically misinterpret Acts 4:12 “There is salvation in no one else, for there is no other name under heaven given among mortals by which we must be saved,” by taking it out of its specific context. Appreciating Jesus’ Jewish point of view helps us understand Williams’ point.  In this case, Jesus was addressing the people of Jerusalem following his crucifixion and resurrection.

The context is Pilot found no fault with Jesus.  He tried to get Herod to indict him, but Herod declined and sent Jesus back to Pilot.  Pilot was desperately looking for any excuse to spare Jesus so as not to have Jesus’ blood on his hands.  Pilot would have been all too glad for the crowd to have advocated for Jesus’ release.  The crowd could have tipped the balance of Jesus’ fate to justice, but instead they yelled, “Crucify him!”  The audience addressed in Acts 4:12 is not all of humanity.  Williams points out, “It is not a neutral audience, and it is not an innocent audience.”

Similarly, Jesus’ statement in John 14:6, “I am the way, and the truth, and the life.  No one comes to the Father except through me,” is addressed specifically to his closest friends the night before they betray him.  In Judaism, atoning for our sins leads to the door of our victim—in this case, Jesus. Hence, from Jesus’ Jewish point of view, his statement to his disciples in the upper room can be understood to mean their only way to atonement with God is teshuvah through him.

Williams describes a double reversal, wherein Jesus returns to judge the people of Jerusalem who condemned him, and more startling, the prospect of being judged by the victim Jesus is perceived not as a threat but rather a promise of hope.  Williams goes on to describe the early resurrection preaching as, “an invitation to recognize one’s victims as one’s hope.”

We are not all dealt the same cards in life.  Some people get a really sorry hand, and there is nothing fair about it.  A young woman recently reminded me of this.  She grew up in a house full of abuse, and she received a ration of it at the hands of both her father and his brother.  She spent significant portions of her childhood in foster care and a residential psychiatric facility.  At 15, she birthed a baby boy.  By the time he was 6 weeks old, she was back in a psychiatric facility, unable to care for him.  She survived numerous suicide attempts and finally escaped her childhood when she married the same kind of man her father was.  She subsequently had four more children, and the horror continued into adulthood.

She desperately wanted to give her children a different childhood than she had, to break the cycle, but she didn’t.  The hardest thing for her to survive has been losing parental rights for her children.  What hurts most is sheer grief for the loss.  She had no vision for her life as an adult alone.  She thought it would be impossible to stay alive, but her life persists day by day nonetheless.  She hopes someday her children will look for her, and she imagines they will want to find a person, a healthy and whole person rather than a death certificate stamped suicide.  Her victims are her hope.

Join the conversation.  What power do you have to redeem the one who hurt you?