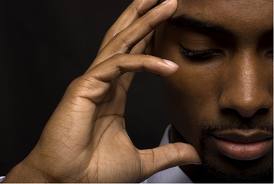 Pondering what motivates people to do the work of introspection prompts a related question:  what holds people back from introspection?  I wonder if part of the problem, for Christians at least, is the uniquely Christian concept of “Original Sin.”

The doctrine as we know it today was formulated by Saint Augustine and confirmed by several Catholic councils and the pope in the 4th century CE.  Original sin doctrine focuses on the Fall of Man as the central theme shaping human nature.  Some Christians today share Augustine’s belief in ancestral sin or inherited guilt and his belief that unbaptized infants go to hell as part of the doctrine of original sin.  It is worth noting that these ideas stirred controversy among Christians in the 4th century.

If original sin is a 4th century Christian idea, you might ask, what was the earlier prevailing view—in Jesus’ time and prior to that?  Early Christians, and indeed the earliest worshipers of the God of Abraham in 9th century BCE, focused on the blessing of creation in the image of God as the central theme shaping human nature.  Jews call it b’tzelem Elohim, in God’s image, but Christians lack a universal name for this concept.  Matthew Fox coined the term “original blessing” in his 1983 book of that title.

The divergence of these two views on human nature—essentially fallen and sinful versus blessed and made in the image of God—have dramatic implications for how we approach introspection in a religious context.  Original sin suggests we are unacceptable and must confess in order to become acceptable.  When we embrace b’tzelem Elohim, or original blessing to use Fox’s term, the reasons to look inward and to turn back to God become inviting, healing, and hopeful rather than punitive.

Original blessing teaches we are radically and inconceivably loved and accepted as we are, mired in moral failure though we may be.  That knowledge of being not just accepted but fervently desired draws us closer, essentially creating the place that makes introspection safe and renewal desired.  When I embrace original blessing thinking, my motive for turning back to God is not forgiveness or a one-way ticket to life after death.  My motive is the promise of joy–God’s joy upon my returning and my joy from life change and renewal here and now.  When I was teaching a reconciliation workshop recently, a participant asked me why original sin dominates Christian thinking.  I wonder how dominant it actually is.

Join the conversation.  What do you hear in the still small voice—original sin or original blessing?